Andrew Barrett (member) talks about ticking off one of his "bucket list" items. 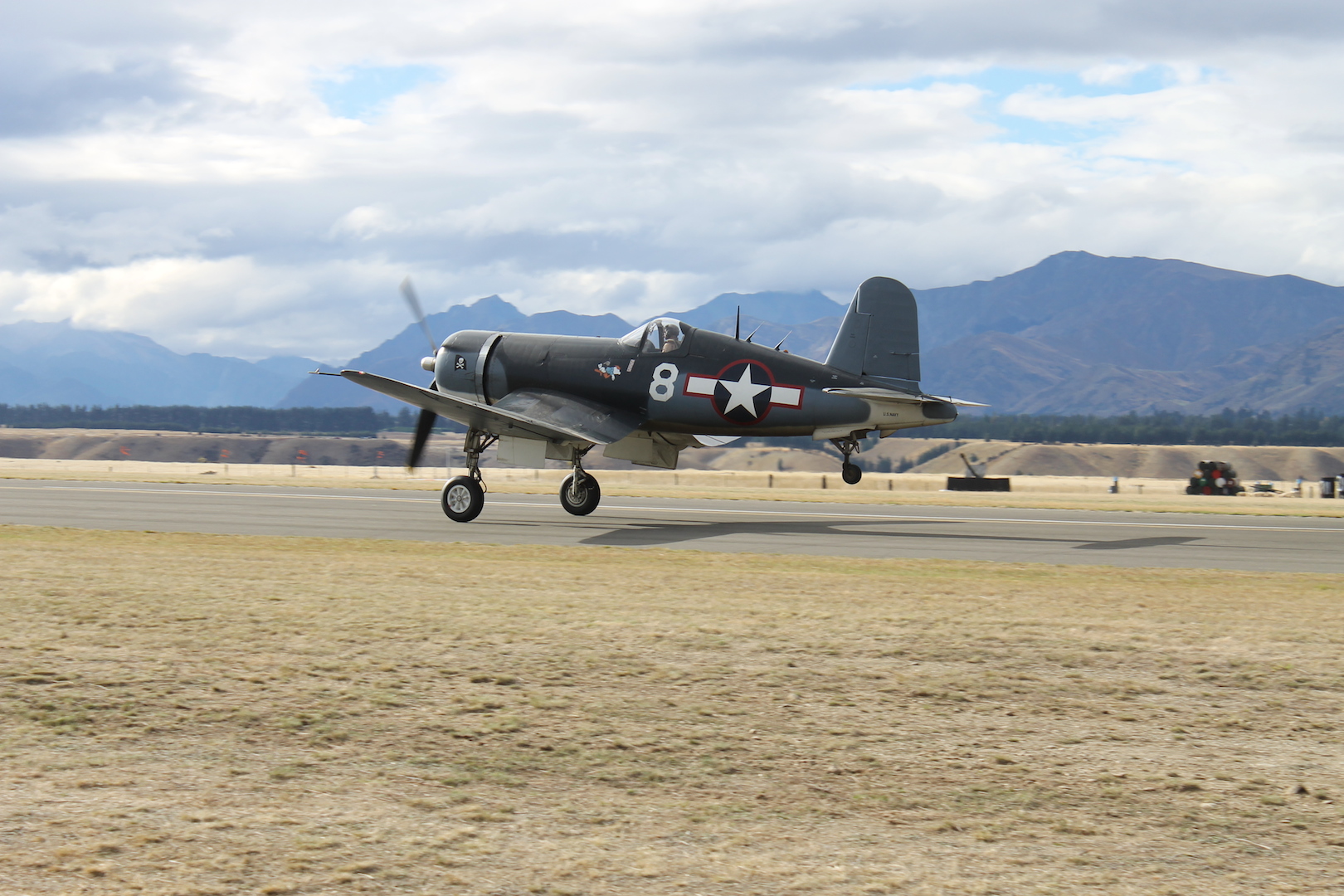 My wife and I finally ticked off one of our most awaited "Bucket List" items this year. We spend two weeks on the south island of New Zealand touring enjoying both the scenery and the air museums. A fitting finally to a wonderful overseas trip was spending the last few days at the Warbirds over Wanaka International Airshow.

The bi-annual airshow was first held in 1988 by Sir Tim Wallis a local mustering helicopter pilot. Needless to say Tim and his management team have put together a fantastic airshow that could very well be the best in the southern hemisphere!

A Variety of aircraft spanning from early WWI biplanes to modern military helicopters attended. As you can see from the photographs, the amazing scenery adds that little something to the event.

Arriving early each day proudly sporting our Gold Pass lanyards my wife and I enjoyed walking along the pit line before the crowds massed. This is a particularly exciting chance for a scale modeller to get several gigabytes of scale detail photos of such a variety of aircraft with minimal obstructions.

Once the flying displays commenced it was obvious that a great deal of planning went into the sequencing and only the occasional rescheduling of flying slots was necessary. Some of the highlights of the weekend include:

Some of the many other aircraft on display were an AT6, Avro Anson, SeaRey amphibian, DH Chipmunk, too many civilian helicopters to list, DH Dragon, C130, C195, RAAF BAe Hawk 127's, Pitts model 12, SU29, Waco, Beech Staggerwing, Grumman Avenger, Tigermoths and Foxmoth.

The seamless flying routines along with the food stalls, shop tents, the numerous static displays and the "Wings and Wheels" museum added to the experience. The Warbirds over Wanaka International Airshow is a complete and enjoyable weekend away and I recommend that any aviation enthusiast should experience at least once in their life time.