What were some of your highlights from the World Championship?

The personal highlights for me had to be the F4C team securing a gold medal and standing on the podium with that gold medal around your neck singing the National anthem. Also, when my team mates came running up to me, including my wife (Melissa, who was also the team manager) with tears in their eyes telling me we had secured gold! After the sacrifices made by some of the F4C team over the years the gold was well earned. It was also great to have Peter Goff and Greg Lepp getting in the top ten at their first F4H world champs.

How proud were you of your performance?

I came third in static and fifth overall. I am kind of happy with the static score, knowing what I was up against. I’m never really happy with my own performance, but in saying that considering I had engine problems from start to finish I probably couldn’t have achieved more and should be happy. I was aiming to win with a back up plan of third, but lost my second round when the engine died. The second round usually sets the pace so this made the podium extremely hard to achieve against the world’s best.

Tell us a bit about your competitors and whom you were up against?

We were up against a nine-time world champion, and two other previous world champions, so very tough competitors to beat. The top five competitors have all been on the podium before. To have any chance at all you need to get a really good static score and fly three of your best rounds. The jets certainly have an advantage with weather conditions; second place jet, third place jet.

Was it a particularly well-run event and what were the weather conditions like?

It was in Switzerland so it ran like a Swiss watch! Although they didn’t have F4 experience so there were some minor issues. The weather was all over the place: hot, sunny, wet, hail, windy crosswinds. The flying site was good once you got used to the huge mountain in the background. In Australia, we are used to flying against blue sky but here we had a backdrop of rock and trees that a model would be hard to see in front of. Also the altitude this time seemed to be an issue with our engines.

It is very hard coming from Australia when all the other countries are European and compete with each other frequently. In Australia we might interpret a rule a little differently to Europe, which can significantly impact your score over there. We also feel, when returning every two years, that the goal posts move slightly and you don’t know so you’re always chasing your tail to get it right. It can be very frustrating and disappointing.

What are your fondest memories that you take away from the event?

Again, standing on the podium with a gold medal; more for my team mates than me, along with the overwhelming feeling of pride for all the team, both F4C and F4H. The friendships we made, the beautiful scenery we saw and the highs and lows of the team. Also, the way the Aussie spirit shone through when someone had a problem and needed support.

Thanks for your insights and congratulations to you and your team on the achievement! 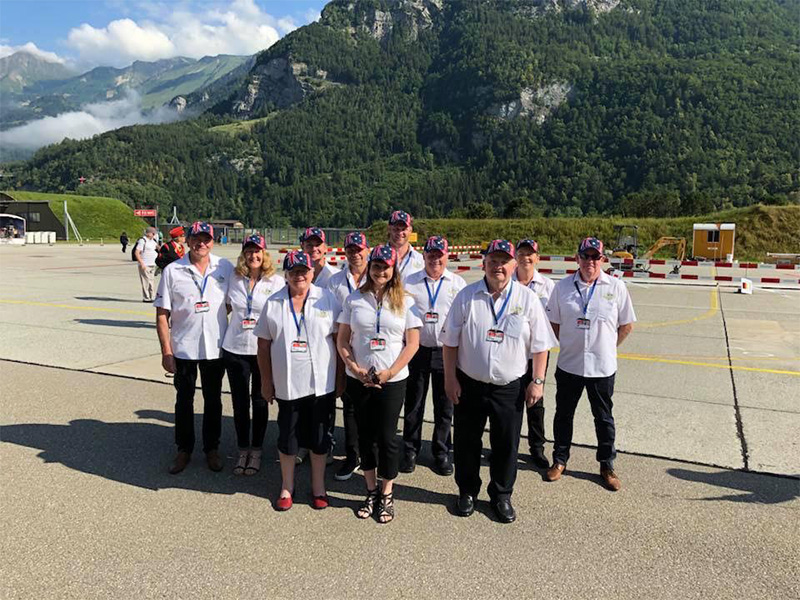