From Grafton to the Capital MAAA members take flight

With more than 11,000 members and 300 clubs, the MAAA represents a large cross section of the community. We recently spoke to Secretary of Grafton Model Aircraft Club Bob Tomlinson and President of Namadgi Sports Flyers Club John Ellis and asked them to share some insights into their clubs. 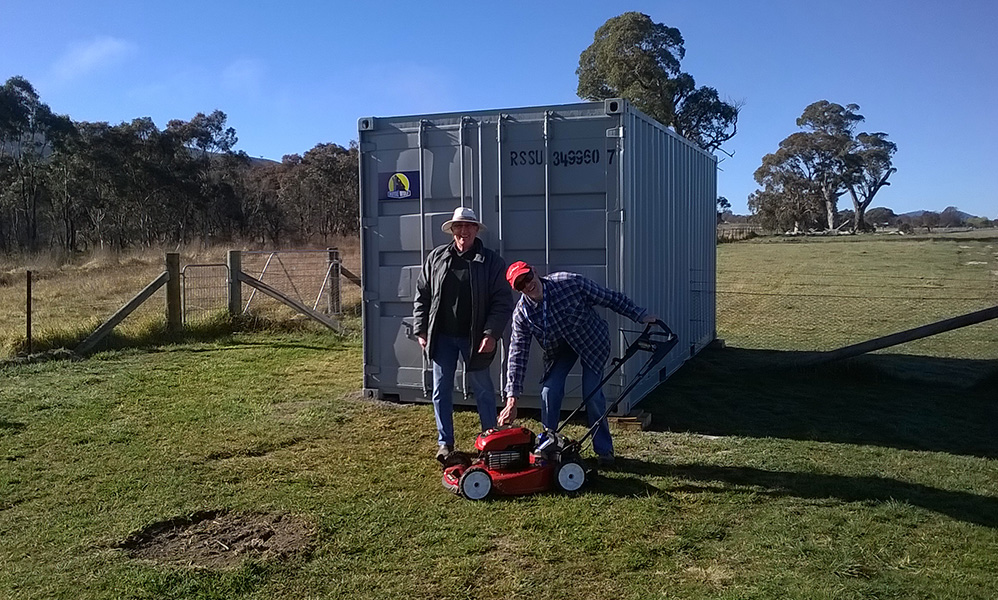 Handed over to Grafton...

Grafton on the North Coast of NSW on the Clarence River, the largest river on the east coast of Australia. The city has a population of 20,000 and is a rural hub for the area.

Can you tell us about your involvement in the Grafton Model Aircraft Club?

I've been a member for approximately 15 years and Secretary for past 3 years after our long time Secretary and Life Member, John Windred decided he'd done it for long enough! I am one of the old school who like to build model aircraft.

Approximately how many members do you have?

Our club has grown a lot in the past year since we got a permanent field that we can use every day if we wish. Prior to that we flew on the Grafton Glider Club's field and were limited to 3 hours flying on a Wednesday morning due to noise restrictions because of close neighbours. We now have 45 members.

Everything from foam pusher type powered gliders to large scale aircraft. We also have quite a few members who fly rotary wing aircraft (helicopters). We fly both electric and RC as we no longer have neighbour problems. Our field is set up so both helicopters and fixed wing aircraft can fly concurrently.

What are the biggest challenges you face and how do you think they would differ from an urban club?

Our biggest challenge is developing our new field, which was a cattle paddock last October. We first flew on it last November 2113. Getting our runway flat and smooth, our entry to our field easier, the approach road smoothed are further challenges. We have no hobby shop in Grafton so all supplies are bought out of town, either by phone or on the net and this does cause a lot of delays when building if you don't have something you need. We also feel the remoteness from what's happening in the "big smoke". The improvement in the monthly state newsletter from MAS has been very welcome.

What's your clubs most recent achievement?

The new field and the purchase of a new mower thanks to an MAAA grant to replace our 30 year old one!

Approach to the Capital...

Can you tell us about your involvement in the Grafton Model Aircraft Club?

I joined the club in 2008 and have been President for about three years. I fly helicopters. I go to the fixed wing field occasionally and fly my gliders.

Approximately how many members do you have?

As far as Tharwa is concerned, we have a very wide variety of forms of flying. There is no particular emphasis. We are very much a teaching and helping group and perhaps very much a social group. We have a fairly large proportion of inexperienced flyers. Our club is probably a bit unusual in that we have a dedicated helicopter flying field.

What are the biggest challenges you face and how do you think they would differ from a rural club?

In the long term it will inevitably be urban encroachment. (I don't think that will be a problem for us for many years though).
We have a fair number of younger fixed wing members. I think while we might initially only have them for a short time due to family constraints, change of financial circumstances, trying different hobbies etc. Many of them may return to the hobby/sport at a later time. This may be common to the majority of clubs.

A difference to a rural club would be the diversity of clubs in the small area of the ACT. Canberrans do not like to travel very far for their day to day activities. In a half hour drive from my house there are 7 RC flying fields. Some consolidation may be the way to survive the eventual urban encroachment.

What's your clubs most recent achievement?

The club has just completed a major phase of its business plan. We have completed all our planned field improvements. Thanks to the MAAA we have now completed this task at our helicopter field with the purchase of a mower and shipping container. Until now we have not had any storage at the helicopter field. During my tenure as President, and with significant input from the committee, we have introduced a new web site which has made a significant improvement to club communications. This has allowed us to publish meeting agendas and minutes so members are fully informed of the committee's activities. We've updated the constitution and introduced an electronic process for membership applications and renewals. One major achievement has been a successful approach to the ACT govt. to have our lease fee significantly reduced, this has made a dramatic improvement to the club's finances.

*the views expressed here are those of the authors and do not necessarily represent or reflect the views of the MAAA.